01/14/2007: Well, I decided to dedicate an afternoon and build a more complicated robot with my LEGO Mindstorms NXT kit. I figured I’d construct their robot arm.

Turned out the directions were quite easy to follow. Here are some pics of the finished product: 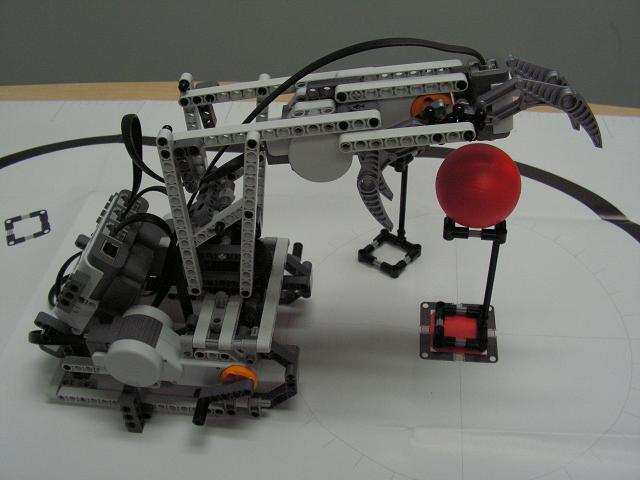 I have completed some of the programming, most of which entails just figuring–based on the placement of the balls for pickup–the number of rotations for which to operate the servomotor as it rotates about the z-axis once it has picked up the ball.

Basically, this is how it will operate:

(1) The robot will move down the z-axis until the touch sensor contacts the red ball.

(4) The servomotor controlling the rotation about the z-axis will be activated, and will turn 18 rotations, then will stop.

(6) The servomotor controlling the grips will release the grips at 25% power.

This site uses Akismet to reduce spam. Learn how your comment data is processed.